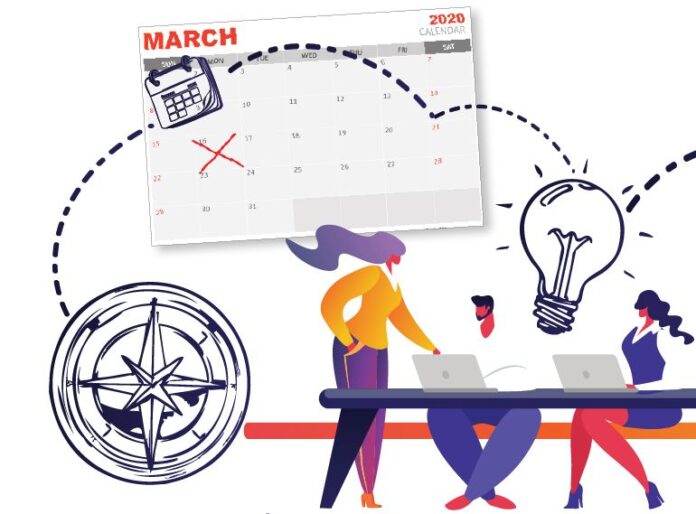 March 16, 2020 is one date the industry will never forget. When Denver Mayor Michael Hancock, and then Governor Jared Polis, issued the restaurant and bar shutdown, Bar Helix owner Kendra Anderson did what she always does: She kept the vibe high and soldiered on. She waded into the quickly saturated to-go market, making her mark with drinks like Aperol Spritz shaved ice slushies and bottled Negronis.

When, in May, it became clear that “normal” wasn’t returning anytime soon, Anderson was examining her options. How was the 60-seat Bar Helix, a concept built on champagne and caviar bumps, intimacy and close quarters, going to survive at 50 percent occupancy? In the midst of a conversation, Christine LeMieux, Helix’s director of hospitality, pulled a tropical, Lilly Pulitzer-esque piece of fabric from her bag and the answer flew at Anderson: If people couldn’t go on vacation, well, she would bring vacation to them.

To develop the concept, Anderson whisked LeMieux and executive chef Samuel Barraza away for some much needed R&R. It was supposed to be a trip to Mexico, but with COVID-19 turning the world upside down, they hunkered down in Aspen instead. “It all just mashed together within an hour or two,” she says. “Lilly Pulitzer made me think of Palm Beach, Sag Harbor, luxury-loving getaways—Slim Aarons photography-based getaways.” They made a shortlist of 20 destinations—Tulum, Mykonos, Ibiza. They ordered patio furniture. Anderson wrote a first menu of tropical drinks and sassy beach bites in record time. They decided to pick four destinations at a time and rotate them. “This is the Helix personality going on vacation: champagne, caviar, over-the-top luxury. There’s a reason we didn’t go to Lake Powell,” Anderson says. They wrote playlists. They decided on a name: Cabana X, because wherever you go there’s always a cabana.

I hadn’t expected how much pleasure we would derive from it. We got to create something versus just keep the lights on.

The response from the public, which often shows up in beach-themed garb, has been overwhelming. And aside from keeping the bar afloat—Cabana X made more money in its first week than Bar Helix did for the entire month of April—it also made work fun again. “I hadn’t expected how much pleasure we would derive from it. We got to create something versus just keep the lights on,” she says.

When, in July, the state ordered bars to stop serving at 10 p.m., that was another punch to the gut. But instead of folding her cabana, Anderson launched weekend brunch (#alldayvacay) in hopes of making up for some of that lost revenue. But the mental toll adds up. “Even a seemingly small thing like last call at 10 p.m. spawns 17 more items: change your website, update Google, new schedules. The customer doesn’t see that, the mayor and the governor don’t see that,” Anderson laments.

And now, with patio season and Cabana X winding down, the future is uncertain. “If anything, I’m preparing not to be in business,” Anderson says. “There’s no info that indicates things are getting better. I think people’s appetite for dining in an enclosed space is not good. I don’t see the wisdom of spending the money or the energy to prop up my indoor space. I wouldn’t want to do it.”

And yet, Anderson can look back on Cabana X and see how much she’s grown during the crisis. Where Bar Helix took her many years to develop and launch, she had the pop-up concept completely dialed in within a matter of weeks. “The experience taught me that I have the resourcefulness of an entrepreneur,” she says. “Maybe I’m a restaurateur, which is something I never would have thought. I’ll take that forward and maybe I’ll be better prepared for what’s next.”

Tune in to Kendra Anderson’s Restaurant Diary on DiningOut.com to see her journal about the daily ups and downs of Cabana X and the restaurant biz.

Take a few moments in between doing the work to let us know what extraordinary steps you’re taking to keep your business afloat. Email askus@diningout.com and we may publish your answer.