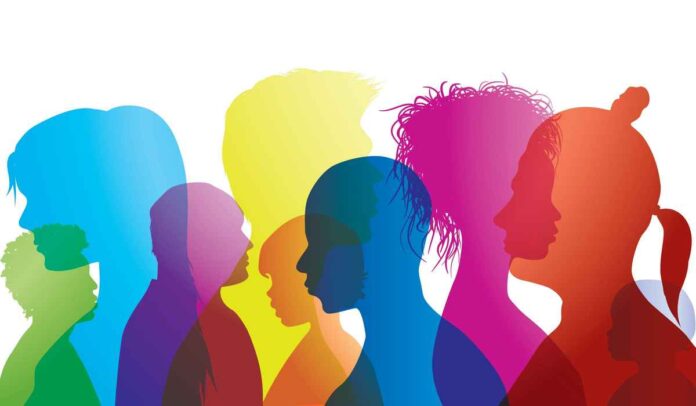 Before the murder of George Floyd led millions to protest, bringing social justice to the national forefront, the dining industry was already ripe for change. Ours is an industry where immigrants are derided by the President but necessary to the economy; people of color have less opportunity, capital, and media coverage than their white counterparts; and no one, it seems, is able to make a living wage. The Black Lives Matter movement has laid bare a system designed to favor some at the expense of others—we are all complicit in it.

From Bon Appétit to neighborhood bistros nationwide, there was a forced reckoning with the white supremacy inherent in our midst. Despite the restaurant industry having few barriers to entry, inequity nonetheless abounds. A lack of formal education or proficiency in English or a prison record may not be disqualifying, but look at any restaurant, chain, or corporation within the industry and you’ll find that white men hold most of the power. This is especially true when it comes to which chefs and concepts get funded, who frequents what restaurant, and the way traditional media covers food.

Adrian Miller, a culinary historian, author, and public policy advisor based in Denver, has long studied how people of color have come up short in a system designed to benefit white people. “The statistics show that African Americans are woefully behind,” says Miller. “Black entrepreneurs just don’t have access to capital to start a business the way others do.”

Typically, those without access to capital would take out a home equity loan or borrow from friends and family, but redlining and the wealth gap have made it more difficult for African Americans to raise capital on all these fronts. Furthermore, a lack of social connections, social reach, and media coverage all mean that when a restaurant does get off the ground, it may not receive enough support to stay open. For their part, food writers are often guilty of not covering minority chefs, restaurants, or communities with equal fervor as their white counterparts—or, when they do provide coverage, offering a myopic view of the dining scene.

David Corsun, Ph.D., director at the Fritz Knoebel School of Hospitality Management at the University of Denver, has been engaged in diversity, equity, and inclusion (DEI) work since his graduate school days; he currently serves on the national advisory board for the National Society of Minorities in Hospitality. He sees larger societal issues reflected in the way the industry is perceived by the next generation in general, and young minorities in particular.

“When you think about who’s largely in these back-of-house, line-level roles, it’s many Black and brown people,” says Corsun. “When [these employees] think about where they want their kids working, is it in hospitality?” People who view an industry as prejudiced against them, or believe its better-paying jobs to be unattainable, are less likely to encourage their children to enter it.

When you think about who’s largely in these back-of-house, line-level roles, it’s many Black and brown people. When [these employees] think about where they want their kids working, is it in hospitality?

For Black families, the hesitancy goes even further. Says Corsun, “I firmly believe there’s a major stigma for Black parents in terms of hospitality and children—there’s a link for some people between service and servitude.” Modou Jaiteh, a Gambian chef based in Lyons, brought up the same point. “African Americans probably don’t want to put themselves in the position where they’re serving a majority of white people,” says Jaiteh. The service industry, like the United States as a whole, continues to be influenced by racist policies of the past.

Even if you incorrectly believe that the playing field is now level, representation matters for those just starting out. “If you don’t see someone that looks like you in higher-level positions, then you wonder if it’s possible,” says Gerry A. Fernandez, president and founder of the Multicultural Foodservice & Hospitality Alliance. “That’s why optics matter, it gives people something to shoot for.”

It follows that female chefs tend to hire more women and a Mexican restaurateur might see the potential in an inexperienced young person who resembles himself. There are obviously exceptions, but generally, it’s rare to see front of house at any Denver restaurant accurately reflect the city’s diversity. Black people remain a rare sight in many Colorado kitchens, especially at restaurants of a certain caliber.

Talking to chefs along the Front Range, a common refrain you’ll hear is: “I’m hiring based on who applied for the job.” Even when equal opportunity employers are hiring for front-of-house and management roles, those positions tend to get fewer applications from people of color. The optics are one part of it, but another aspect is the fact that minorities (especially women) are less inclined to apply for positions for which they aren’t 100 percent qualified. This is due to a variety of things, but the lack of a “safety net,” or having less money in the bank, and/or having less family wealth, is often a determining factor. “Data shows that our white counterparts will raise their hands for a job they know nothing about,” Fernandez says. “Women and other minorities wait until they’re overqualified to raise their hand for the same job.”

So what’s to be done? How can businesses attract and retain more minorities at all levels? “Conversations and efforts need to be made publicly and openly,” Corsun says. “These issues need light and air in order to move towards resolution. If we pretend they don’t exist, they won’t be resolved.”

We don’t need to have malicious intent or be outwardly racist—or sexist, homophobic, transphobic, ableist, you name it—to be complicit in injustice. We simply have to do what comes naturally.

As an industry, we need to be talking about injustice regularly, continuing to educate ourselves, and making space for minorities to tell their stories. We don’t need to have malicious intent or be outwardly racist—or sexist, homophobic, transphobic, ableist, you name it—to be complicit in injustice. We simply have to do what comes naturally. Changing an unjust system requires putting in effort to buck the status quo, actively challenging it at every instance. It requires engaging in talent pipelines, actively canvassing for diversity, and building workplaces where everyone, no matter their background, feels heard and included. We especially need those who are the most privileged—primarily white men and women in key roles—to advocate for change.

“We need people in positions of power pushing and saying, ‘Don’t tell me they’re not out there—go find a Black, Hispanic, Asian candidate, and give them a fair opportunity,’” says Fernandez. “And then, you gotta do what you do for your own people: Sometimes you need to spend extra resources to train them. Someone doesn’t speak English very well? Pay for them to take a class and in six months, they might be ready for that next-level job.”

And it’s not only about doing what’s right. Diversifying and building inclusivity amongst staff is also better for business. Multiple studies by management consulting giant McKinsey & Company have outlined the business case for inclusion and diversity, showing that there’s not only a statistically significant correlation between diverse leadership teams and financial outperformance, but there’s a penalty for opting out.

“The future workforce is going to be more diverse. Working-age white men are  going to be a much smaller portion of the population and you will not be able to run your business successfully if you cannot find people of color, people who are gay, whatever, to fill those jobs,” says Fernandez, emphasizing that those who make changes now will build a loyal customer base and be better off down the road. “You might have to invest more—you have to spend more time and energy—but the payoff is huge.”

If the pandemic has left your restaurant struggling to stay open and a financial investment is off the table, there are other ways to act. Caroline Glover, of Annette in Aurora, has been vocal on her own social media regarding her equity politics. She has also begun diving into the history of dishes such as crème brûlée, showcasing her inspiration, and giving kudos to cultures that aren’t her own.

“I don’t think people should be punished for cooking other cultures’ food, but if you aren’t doing it intentionally—learning about it, getting where it’s coming from, and recognizing that, telling that story, then that’s where it’s going wrong,” says Glover. “I’ll post about a new dish on Instagram, but I’ll also tell the story to all of my staff. Right there, you’re educating eight to 12 people who didn’t know something and then, my hope is that they continue telling that story.”

Andy Clark, owner of Moxie Bread Co. in Louisville and Boulder, has been sharing his own experience with anti-racism work via Moxie’s weekly newsletter, recommending books such as Robin DiAngelo’s White Fragility and sharing his family’s experience protesting. He’s held discussions about racism with his staff and has coordinated bake sale fundraisers for relevant local organizations. Although both Clark and Glover don’t feel anywhere near perfect and each freely admit they have more work to do, it hasn’t prevented them from getting started.

“Our strategy [at Moxie] has been to do something quick and meaningful while at the same time being strategic and setting some long-term, deeper goals,” says Clark. “How do you mold good intentions into actionable next steps?”

Food is probably one of the easiest ways for people to go about educating themselves regarding a very uncomfortable subject in this country.

That’s a question many are now asking themselves, and every situation will be different. For all, though, the way forward will require people to examine their own privilege and take intentional, sustained action. It will require a lot of hard work and require many to cede some of their power.“The pandemic, as horrible as it is, presents an opportunity to rethink a lot of things,” says Miller. “We’re just going to have to have creative thinking in all sectors—public, private, and philanthropic—to figure out how we can bridge this transition that’s been caused by the pandemic and how do we get to the other side? And can we plan for an ‘other side’ that leads to a shared future, to growth, in a way that can help many more people than before?” What’s clear is that the restaurant industry has the potential to serve as a catalyst for larger societal change.

Food acts as a bridge between different peoples and places, the first thing we’re likely to accept and integrate into our lives from a culture not our own. “Food is probably one of the easiest ways for people to go about educating themselves regarding a very uncomfortable subject in this country,” says Jaiteh, highlighting how good food is a shared experience as well as a gateway to becoming an environmentalist, an immigrant advocate, and hopefully, an anti-racist. What we do as an industry will ripple outwards. First, however, we have to commit to change within our own ranks.

Check out our Q&A with HR consultant Serilda Summers-McGee here, and see what steps you can take right away to be a more equitable establishment here.

How have you seen systemic inequity show up in the industry? Whether it explicitly plays a role in hiring, advancement, compensation (or you have to deal with subtler forms like strange looks and inappropriate jokes), we want to hear about it. Email your experiences (and thoughts, opinions, and questions—anything, really) to askus@diningout.com.