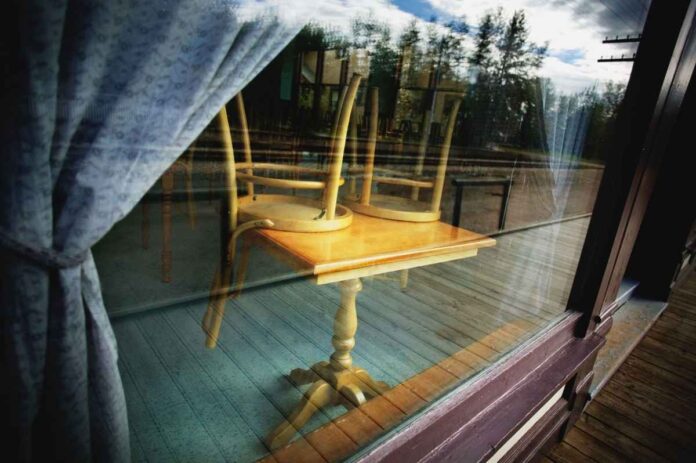 After weathering months of dine-in closures, plummeting revenue, capacity restrictions, and ongoing uncertainty, getting the band back together in terms of rehiring staff should be the easy part, right? But some restaurants are having trouble hiring back workers, adding a less-invested labor pool to their laundry list of COVID-era obstacles.

First there was the extra $600 laid-off workers received each week in unemployment benefits (on top of the regular benefits), an amount with which most restaurants couldn’t compete. That extra bounty expired this summer, but other factors have kept restaurant employees from running back to work, too. There are the valid health and safety concerns of working such a public-facing job, especially for those at a higher risk or who live with immune-compromised people. And then there’s the intense uncertainty regarding future potential shutdowns, what dine-in will look like during the winter months, the long-term financial sustainability as restaurants limp through the year, and, well, pretty much everything else that makes sticking around in the hospitality industry unappealing.

“The industry is on the brink of being crushed—it will definitely eliminate people,” says Beth Gruitch, co-owner of Denver’s Crafted Concepts restaurants, including Rioja and Stoic & Genuine. “They will go drive for Lyft and change careers.”

While Gruitch says Crafted was able to hire back the majority of its pre-COVID staff, other restaurants are struggling, with many reopening with less-than-ideal teams. “You end up with who you end up with,” says Jennifer Akina, pastry chef at Azucar Bakery and consulting chef at Melted dessert bar, both in Denver. “We’re thankful there were people to come back to help us, who have kept us afloat. But it’s not the A-team.”

Akina estimates that Azucar’s crew is down by 50 percent and says that Melted had trouble reopening altogether because of the lack of staff. Like everything with COVID, the answers are complicated, but Akina thinks the hiring struggles are due to the uncertainty—for both the operators and the employees—as well as the fact that many restaurants just don’t have the capital to pay the more skilled workers. Her hours at Azucar have been reduced and she herself is considering a potential career change.

One of the biggest hurdles getting them back…was getting used to it again. Boosting morale and getting it back to where it was is an ongoing challenge.

But hiring a not-so-ace staff just compounds the myriad issues restaurants are already facing. With consumer spending down and the new competition of more meals being cooked in home kitchens, can a restaurant survive with less skilled, less invested employees?

“Is it going to make our restaurants close down even faster because people aren’t getting the service they’re used to?” Akina wonders. “Or is everyone going to be OK with it because no one has a choice anymore? I don’t know. It’s really heartbreaking to see the restaurants closing, and then, are the ones that are left just going to turn to crap?”

Not everyone has experienced re-hiring difficulties, though, and a restaurant’s ability to get people back could be impacted by where it’s located, how long it’s been around, and the type of business it does. In Palisade, where COVID cases have been low, Matt and Ashley Chasseur, owners of the more upscale Pêche restaurant, say all but two of their 20-person staff returned. At the 28 Santiago’s Mexican Restaurants across the state, just about everyone came back.

“I haven’t heard of anyone not wanting to come back,” says Rachel Wells, owner of three Santiago’s locations. “We’ve been blessed to have a lot of workers who’ve been with us a lot of years. That’s rare in the restaurant industry. We’ve also always been a to-go restaurant, a quick-serve spot. Those high-end or even mid-range restaurants, they’re the ones that are suffering.”

Comal Heritage Food Incubator is a different sort of restaurant, as it’s staffed by nonprofit program participants, not traditional paid employees, but it’s faced its own challenges in reopening and re-staffing. Executive chef Arden Lewis estimates that almost one-third of the 15 participants have not yet returned; some vulnerable members have safety concerns, and others have not been able to return to the U.S. because of travel restrictions. For those who have come back, it’s been an adjustment following the two and a half months off.

“One of the biggest hurdles getting them back—and I think this was for everybody—was getting used to it again. Boosting morale and getting it back to where it was is an ongoing challenge. That first month was like going back to the gym after not having been in a while—it’s not what it used to be,” Lewis says.

People aren’t going to let all their dreams just go down the drain. They’re not. They’re going to fight for them.

Crafted Concepts’ Gruitch says that although it’s been rough and COVID has prompted many changes, she sees some things getting better. The people who take their jobs seriously are back working, and she’s starting to see more high-quality applications come through.

“There will be this core of us that continues in this business,” Gruitch says. “The reality is there are still a lot of people who are going to jump back into it. People aren’t going to let all their dreams just go down the drain. They’re not. They’re going to fight for them.”

Have you been able to get employees (especially the ones you want) back? Let us know. Email your experiences (and thoughts, opinions, and questions—anything, really) to askus@diningout.com.